The following incident occurred on June 26, 2009 and I wrote about it as soon as I got home. What this incident perfectly illustrates is that self defense encompasses and deals with much, much more than a physical defensive response; it requires enhanced awareness, the ability to spontaneously improvise moment to moment as a situation unfolds and to strategize under pressure while manifesting the tactical applications of one's chosen strategy. The ability to decipher the kind of individual(s) you are dealing with can be determined by various factors from environment to time of day/night, and can greatly enhance one's chances in interrupting and shifting a potential shit storm simply via proper choice speech and a solid communicative delivery system. That said, here's a great example of what I am talking about. 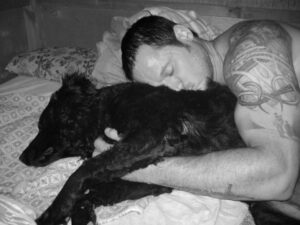 I’m walking through the park as I frequently do with my dog, usually at hours where people are either working or having dinner, or long lost in their slumbering dream worlds, suffice it to say, it’s pretty empty when we stroll.

Today however, there was what seemed to be a young father (could have been older brother but by the tone he was taking, it was most likely his dad) ‘coaching’ his little boy in soccer (football for our European friends) in what sounded like Russian.

As I was taking my stroll, I could hear him coaching the kid pretty loudly and what some would perceive as a curt, and possibly even rough and condescending tone of voice. As I watched the child play, he didn't seem to mind, he didn't look stressed about it, as a matter of fact, he honestly looked like he was having the time of his life kicking the ball with his dad, so I personally paid no attention to it and continued my walk.As we got further towards an almost different section of the park, I could now hear other voices getting louder as well, these were English Canadian voices I heard and the louder they got, the more I could make them out.
“Listen to this man talk to his kid! Hey, why don’t you learn how to communicate you cantankerous sonofabitch!!!!”I’m thinking to myself, “Cantankerous?” who the fuck uses “Cantankerous?” when their picking a fight and more importantly, what the hell does it mean? At this point, I began walking towards the 3, which later turned into 5, thinking to myself “Mind your business brother, this isn’t your business, just turn around and let it be…” and before I could finish that thought, I was within a few yards from them.

So the coach dad replies in English and with a heavy (we’ll call it Russian) accent, “Mind your business, this is my boy.” To which the other dude, who looked Hispanic but I could be wrong, yells back, “Go the fuck back to your country!” as he turns and walks away with incredibly condescending and dismissive body language.

The dad yells back “This is my country you stupid fu…” to which he all of a sudden realizes his son is right there watching so he stops himself from continuing his sentence but finishes with “…why don’t you go back to yours!”It’s funny to watch what began as apparent concern for a child’s well-being turn into a political, cultural and racial situation unfolding right in front of me. What’s even funnier, is that here we have 2 individual’s clearly of differing nationalities to that of the country they are living in which is not even 150 years old as Canada was established as a self governing country on July 1st, 1867 and was inhabited by Native American Indians.
The irony of this incredibly ignorant confrontation unfolding in front of me for absolutely nothing substantial was about to turn into a nightmare for what initially was the 7 or 8 year old boy's welfare.So as I’m getting closer, the Hispanic fellow turns back, chest puffed out & yelling “What did you just say to me mother fucker?!?!” It was like someone had turned the on switch man… he went from passive aggressive and walking away, to instantly turning around and streamlining towards the dad AND…. right behind him coming out of a nearby backyard where he must have originated from himself, 2 other Hispanic looking fellas bee lining behind him.

Well, my heart raced… I ran with my dog, who seemed ecstatic at this point, probably thinking we’re playing or chasing something, towards the guys yelling "Yo! Yo!" to get everyone’s attention thinking what the hell do I say now? As I got there, everyone looked at me and I directly addressed the first individual saying “Hey man, take a look at his little boy's face” were the first words that came out of my mouth as I exhaled from my run and nerves going haywire, to which everyone there stopped and looked; and there was this kid in his soccer outfit standing there, not exactly crying, but looking like he’s been on the verge for the last hour or so but biting his tongue with perseverance and determination to hold it back and look strong.

The brother stopped, looked at me and then said, “Some people oughta know when to keep their mouth shut.” as he began walking away with his 2 friends. The dad, still trying to save face yells back “That is right!” as he grabs his kid by the hand, but the Hispanic fella turns right back around saying “That’s it!” and storms in only to find me right in front of his face stopping him dead in his tracks.

I smiled at him and said, “It’s a pretty nice Friday evening brother, and initially, it was his kid you were concerned about right? Try not to lose sight of that dude… if you beat his dad down in front of him, you’ll do a thousand times more damage to that kid than his dad ever could coaching him through a thousand games…” hoping it would end and wouldn't get violent….For an instant, it could have gone either way honestly… my entire body, physiology, biology and everything that ends with an ‘ogy’ was preparing to drop him where he stood if he even so much as flinched the wrong way, I knew exactly where his friends were, how close he was and which direction to go if it was to go down…

He walked away dismissing me, signalling his buddies to go with him yelling, “You’re lucky this guy was here to save your ass in front of your boy!” As I turned to face the dad, hoping he keeps his mouth shut, which he finally did. I approached him and got nicely told off. “Next time you mind your business!” and he picks up his kid and storms off…

Ahhh… an early evening walk at the park in the suburbs of the south shore Montreal.

This just happened, moments before I wrote this up, I figured I’d get home right away and type it out, as it is still fresh in my mind. This had a nasty potential. And thankfully, it ended well and without anyone getting hurt or anyone having to pre-empt anyone.

I have to say, it crossed my mind taking the guy out on my way running there, as he was determined at this point, both times actually, to seriously hurt the kid's dad. I also kept thinking about that kid and how witnessing any kind of violence at this stage in his life would serve him, he sincerely didn't need that. Then there was my dog, though once the situation remained verbal after I got there it became easier to deal with, had I had to strike earlier, she would have been much harder to deal with.

The predominant factor in this entire confrontation had nothing to do with the kid, nothing to even do with loyalty to any country. It was 2 human beings suffering from the worldwide epidemic of the “anger” virus, which plagues so much of humanity.

No, it wasn't even personal as we probably all met for the first and last time today and it wasn't cultural either. It was the side effect of personal and usually un-dealt with issues that lead to anger we all bottle inside. This was 2 individual’s demons clashing, blinded by their egos, completely neglectful to the innocent child standing amongst them, creating the possible consequences of what was to become, irreversible actions. We are indeed our own worst enemies. 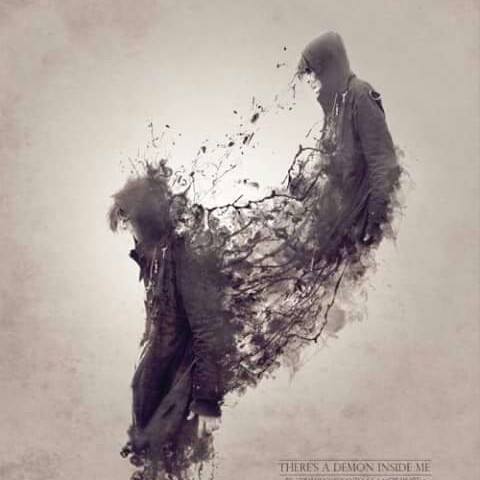 I was able to reach this guy thru his anger somehow with my words. Maybe this guy had a little brother; maybe something triggered a past memory for him. Maybe he didn't want to do it at all and simply got caught in the proverbial game and found himself too egotistically invested in the matter to back down, who knows? But it stopped him in his tracks twice & no one got hurt.

Not the most exciting story to read about in terms of action or cool moves or how I defeated 3 armed men or anything… but hopefully you were able to gain something from this. John Lennon said it best when he said, “All we are saying is, give Peace a chance.”