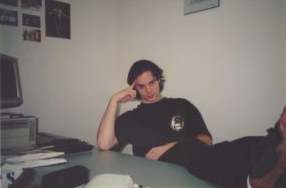 June 1994: a week shy of 25 years old, in my office 2 months after opening the Senshido School.

My following bio had been updated for my personal site, RichardDimitri.com and the reboot/evolution of Senshido back in the winter of 2014 which appeared on my site's release on January 1st 2015, in attempts at reviving Senshido after a roughly 5 year hiatus.

Here, we can see my attempts at eliminating labels and factions in the hopes of making people understand in my intro of No styles (below), that Senshido was never a system or a style, and that the name Senshido was just that, a name.

The Senshido school was a scientific laboratory for functional combative methods and self protection, an evolutionary methodology based on experience, observation, research, and peer review. 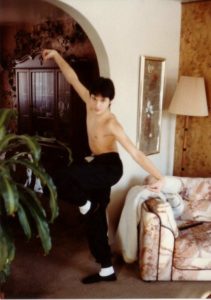 1984: 15 years old and heavily Bruce Lee influenced, me in my parent's living room during my Kung Fu days. I'd trained in and studied over 15 martial arts and combative disciplines between age 6 and 24. More after.

It's also important to note my age and experiences at the time, when I opened Senshido, I was just 24, I sold it and shut its doors at the age of 36 and between 2005 and 2019, I was strictly on the road and taught Senshido in over 22 countries.

Though I'm a professional in both fields of combat and defense (as they are distinct), I felt that teaching the combative aspects outside the functions of my fully equipped school and the luxury of having months and years to impart skills and combative attributes with my students,  wasn't feasible, nor was it what most of my workshop clients needed.

Thus I continued evolving in my work and methods. Via continuous, methodical study, observation and peer reviewed research in the fields of behavioral psychology in relation to violence, criminology, profiling, trauma in relation to violence, psychotherapy and the like to support my studies and observations. Along with listening to the countless horrific stories of abuse and violence that clients of all ages had gone through, including abuses of all kinds from neglect and dominance to emotional, psychological, sexual, financial, spiritual and physical abuse, Senshido was tremendously evolving but not to the liking of over half my international team who couldn't get past the combative head smashing, nuts stomping and face Shredding, all of which were still a part of Senshido, but no longer its primary focus.

These clients weren't my usual Senshido students that were primarily made of martial artists, fighters, aggressive males between the ages of 16 and 35, bouncers, cops, or soldiers and the like, some of who went out and literally put themselves in harms way for work, these were now every day people, elderly, out of shape, teens, children, women and generally victims of abuse at the hands of their families, interpersonal relationships, friends, coworkers, acquaintances and the like.

Change is imperative.  Those who oppose change, reject evolution.  I had the name Senshido historically engraved along side the Shredder as we literally did revolutionize the industry with it,  Senshido carved itself a niche in martial arts history that will remain there forever, however; I wanted to now make the shift to violence prevention and the people who are truly looking for violence prevention do not look into martial arts and combatives for solutions, they research the likes of Gavin De becker, Professor Jeremy Wilson, Professor Deidre R. Anglin and the like, and not the likes of Lee Morrison, Geoff Thompson or Tony Blauer.

The name Senshido had to be dropped or I would forever be stuck and by proxy associated to the 'Shredder' which sadly, as it is truly a bittersweet situation for me, is what Senshido has been come to be known strictly for.  Rarely could anyone see past it or even understand it as a concept and not just a physical method of ripping another human being apart.  I couldn't see myself standing in a sweaty room full of angry young men with shaved heads wearing camo pants and tight black t-shirts with skulls, spartan helmets, knives and brass knuckle logos, teaching them how to skull fuck someone with your hands at ages of 50-60-70.  It was good for my 20's and 30's, hell even my early 40's but damn man.... damn. 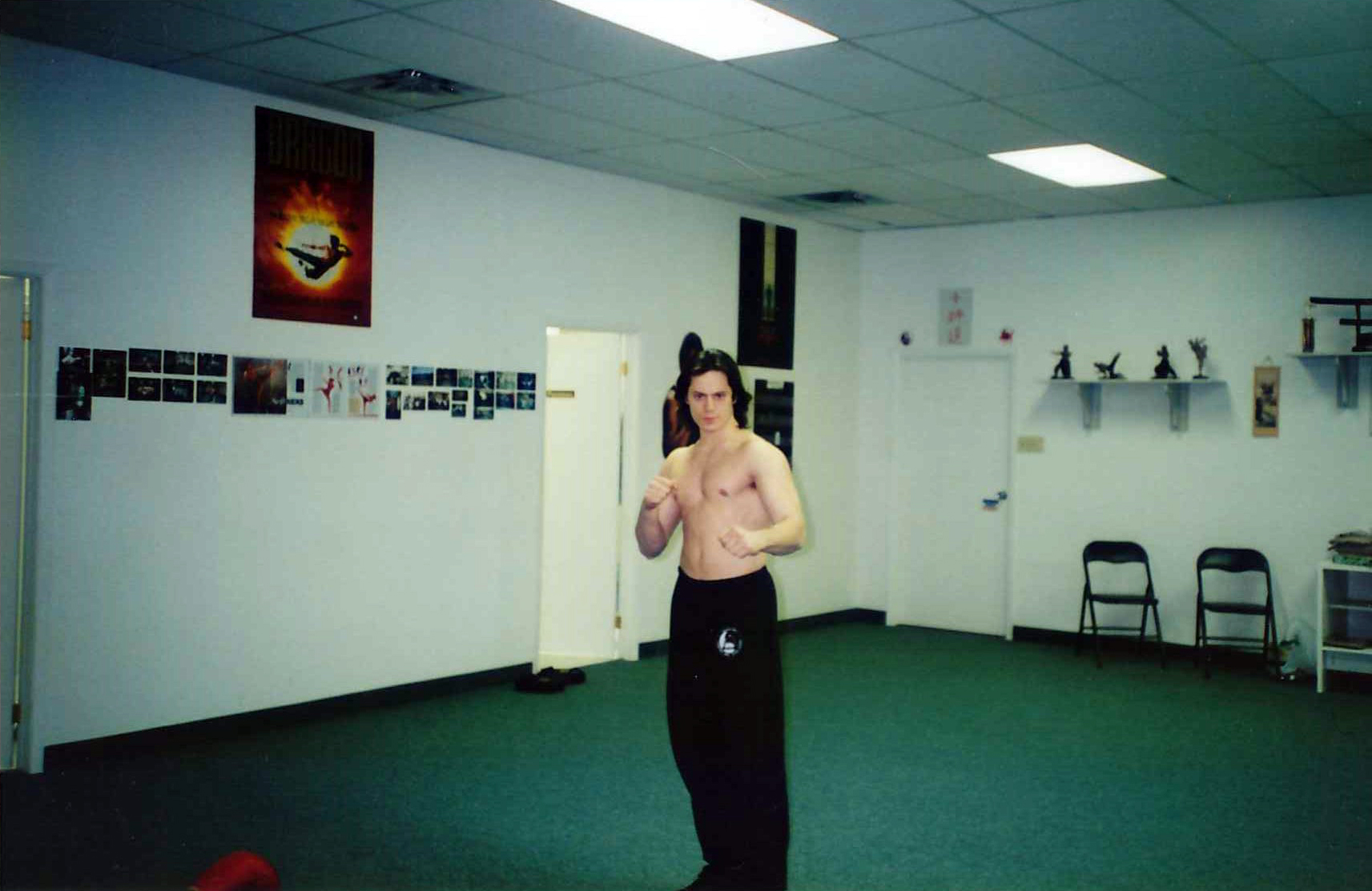 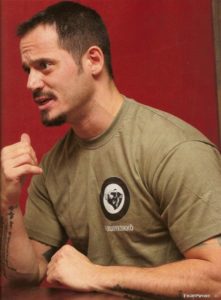 No, these people primarily needed to understand violence at its core, they needed recognition, avoidance, prevention, awareness, behavioral, psychological and de-escalation skills first and foremost.

As a matter of fact, everyone does. These are the cornerstones, the very foundations of violence prevention, self defense AND combat on a strategic, tactical, moral, ethical and legal level.

[box color="red"]No styles. No systems. No rituals. No lineages. No masters. No labels. No belts. No katas. No uniforms. No dogmas. Only the process of learning through self-awareness, actualization & personal expression of truth via functional combative philosophy, psychology, movement and fitness.[/box]

They say that 5 minutes with a genius is better than 20 years with a really smart person.  Richard Dimitri is a self defence pioneer, philosopher, and game changing expert in the same category as Bruce Lee and Grand-master Helio Gracie.

In an hour, you’ll receive 30 years of essential wisdom on not only how to effectively defend yourself in the worst moment of your life, but also on how to walk the path of becoming a better human being.

A 1 hour conversation with Richard could possibly be the best investment you’ll ever make in your life. 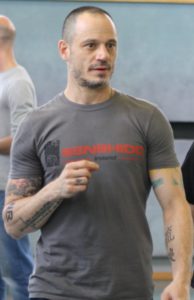 Richard Dimitri began his martial arts journey at the age of 6. By 21 he’d acquired instructor certifications and black belts in several forms of martial arts and combative disciplines which lead him into various careers that spanned over 2 decades in the fields of private and corporate security, executive protection, surveillance, counter surveillance, and bouncer (little known fact, his bouncing days were never at the same clubs as he would temporarily replace a sick, injured or killed doorman from various bars and pubs in Canada, the US and Mexico between 1992 and 2007.)

Richard continued his journey into the depths of counter-violence, researching & formulating a functional for all methodology of self-protection predicated on human behaviour in relation to violence and on April 11th 1994, opened his first and only gym, the infamous Senshido School, a tactical urban combat and defence method in the heart of downtown Montreal, Canada.

In under 5 years of operation, his notoriety and reputation grew to the point of being known as and referred to as the ‘Howard Stern’ of martial arts & self defence due to his no holds barred attitude and brutal honesty.

He quickly earned his reputation of being one of the top and most sought out violence prevention, management, defence tactics and combative experts in the world until  present day. 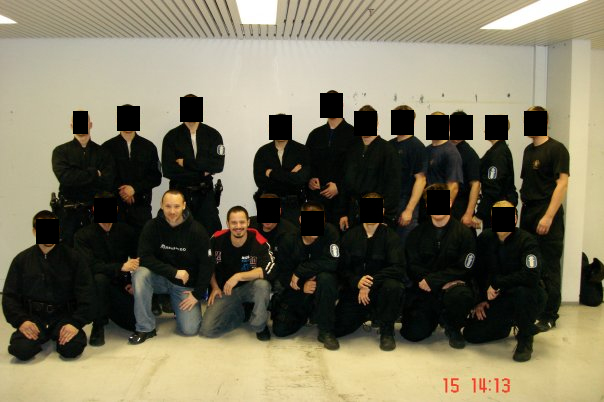 A short list of some of his prestigious clients include:

(During his Senshido days) Richard had released over 30 instructional videos and self-published several books (all of which are now only available here).

His book In Total Defence of the Self was dubbed as “One of the best books ever written on self defence” by Black Belt Magazine’s contributing editor, Mr. Lito Angeles.

He’s been interviewed on several top radio stations in North America as well as Egypt’s Nile FM Day Show and has appeared in newspapers worldwide for his unique philosophy in personal protection. 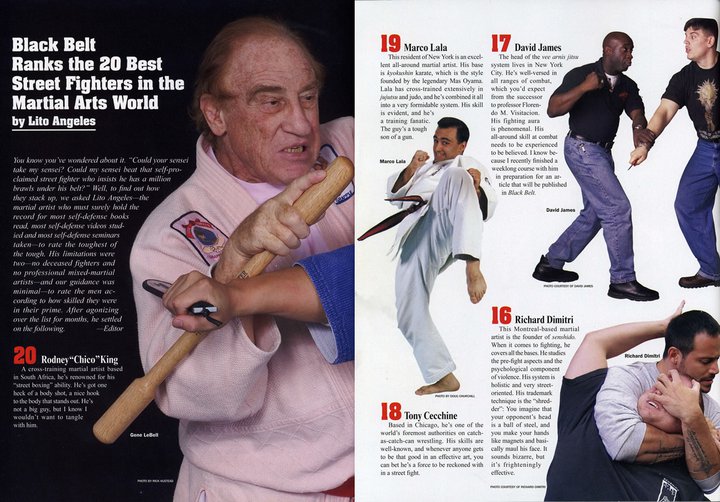 Referred to as one of the top 20 toughest fighter’s on planet earth in the April 2006 issue of Black Belt magazine, and inducted into the National Registry of “Who’s Who” Business directory for outstanding business practice, Richard was also a member of the former American Society of Law Enforcement Trainers and still continues to train law enforcement officers and military personnel at an international level.

In the summer of 2018, out of nearly 100 self defense experts worldwide (think every big name in the industry), Richard and his wife, Pamela, were the only self defense professionals who accepted a request from Benjamin David Myers, a former hospital Corpsman Naval Officer retired in Ecuador, to join him in his work with victims of Human Trafficking. This included helping him provide trauma sensitive violence prevention education to the rescued victims, and the only reason, according to Ben and his email correspondences, only Rich and Pam agreed to travel to Ecuador and help where everyone else refused, was because it was for no pay except for flights, food, room and board.

After Ben went on to explain that it was a non profit organization and that the average salary there at the time was $200 a month, Rich and Pam couldn't refuse, even if it meant taking a financial hit.  We were all amazed to hear some quoted Ben as much as 10 Thousand US dollars to do so. 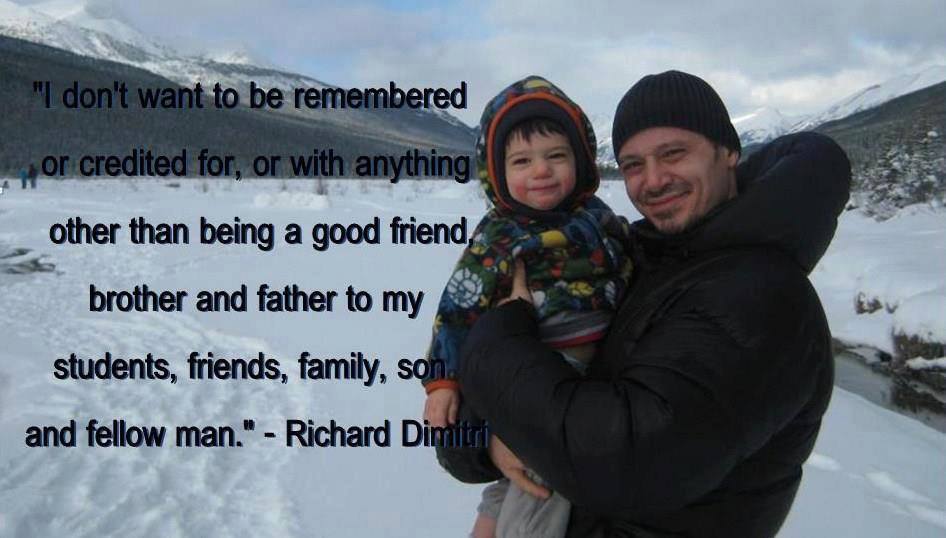