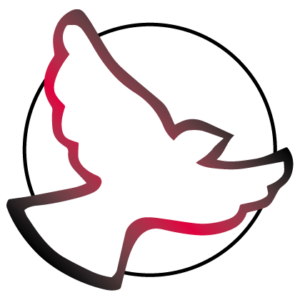 2008: The Dove Logo (designed by Paloma Holmes, long time Senshido student and muse for me, Paloma was an integral part of my growth and evolution) officially began representing both mine and the evolution of Senshido from a street fighting system to that of one of Self Defense for Self Development. The Dove represented both the much eluded Peace I was yearning for, along from the freeing of an old life and new direction.

The following was written in the winter of 2014 and released on January 1st, 2015 on my new site at the time, RichardDimitri.com, where once again, I was attempting to reboot Senshido in a new direction but was met with much opposing resistance from most of my international team who couldn't get passed the more combative aspects of Senshido as some gravitated away towards more physical, aggressive systems of combat instead.

Here we can see the evolutionary shift from the more combative Senshido to the more psychological and behavioral Senshido, where my determination to out-birth a good portion of both social and antisocial violence and how that process alone shifts an individual's personal paradigm of life itself, began to really shine.

The most common comments received by clients were not so much how Senshido had saved their lives but more so on how Senshido had CHANGED their lives.  Through the behavioral research and foundations of his work, the preventative process forces one to introspect, self analyse and self actualize.

Self defence is about understanding violence at its core.

It's about going back to your loved ones and your life the way you know right it now, before the conflict found you.

Self defence, in most first world countries, is a legal term that states that you, as a law abiding civilian, have the right to protect yourself under threat of harm. The true essence of personal protection is about stopping the other party from hurting you.

Self defence isn’t a style or a system nor does anyone own self defence. It is a human response to a threat.  One can’t own a self defence concept, a way, an idea, a tool or technique. Though one can claim ownership these days with clever marketing and acronyms of all sorts, they can own the names, logos and colourful labels they attach to them, sure, but it doesn’t change the fact that these are the fundamental pillars of each and every human being.  As such; this understanding belongs to us all if we choose to acknowledge and embrace it.

The true foundations of personal protection belong to no particular person, group, or organisation.

These include but are not limited to:

Understanding these fundamental human foundations and their relations to violence allows us to reconnect with our natural protective mechanism and fine-tune what ‘mother nature’ already gifted us with. 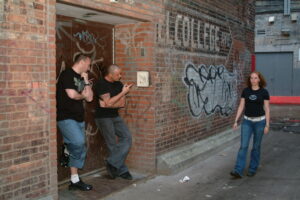 Prevention over Circumvention. The Primary Objective of self  defence is awareness, both on a situational and environmental level. After all, if you’re not there, it can’t happen to you. The ability to detect the slightest hint of trouble or a potential confrontation at its birth requires a heightened sense of tactical awareness. This is extensively covered in great detail and the methods we teach for heightened awareness are the same ones we teach to, and are used by military, law enforcement and those who put themselves in harm’s way to protect others worldwide.

The Secondary Objective is nonviolent/peaceful resolution utilising behavioural deescalation.  As 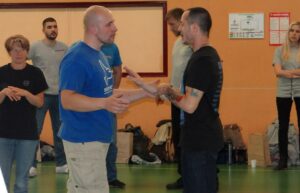 violence comes in 2 distinct forms of Social and Anti-social, it is paramount to have a moral, ethical and legal understanding of self defence as well as the conflict from all perspectives including the CCTV cameras, various angles of phone cameras, witnesses, law enforcement, judge, jury, prosecutor, defence attorney, etc.  A real world conflict isn't a sports match.  There are consequences to one's actions outside a ring or cage.  (We can see the early beginnings and direction of his latest work, Studium Violentiae http://www.studyofviolence.com taking form back in 2014).

The skills of verbal deescalation come naturally to a very tiny minority of any populace, these are skills sets based on human behaviour in relation to the psychology of violence. Verbal conflicts escalate quickly and more often than not, result into physical altercations predicated by an ambush/sucker attack. Nonviolent resolution and fear management skills during the pre-contact stage of confrontation are therefore paramount. 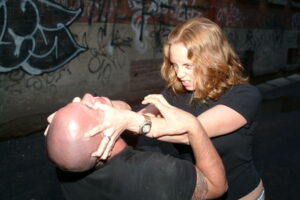 The Third Objective, if the first 2 are to fail, is protective physical retaliation. After all, not every situation is possible to defuse. If the situation is anti-social violence based, defusing becomes next to impossible. Therefore, a gross motor, ‘adrenal-friendly’ physical retaliation arsenal is in order. The physical tool set is already primed at this point, the fight or flight syndrome has kicked in and all it takes is a simple tweak to turn panic and flailing into tactical ripping and tearing. 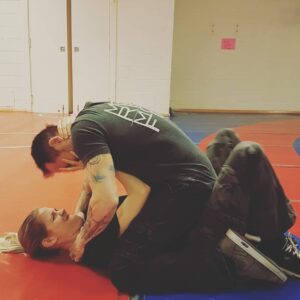 This is a monumental gross over simplification of the 3 Objective processes of Awareness, Nonviolent Resolution and Protective Offence. The psychological and emotional aspects of the training alone compels one to introspect into their personal relationships with violence.

One of these powerful revelations especially hits home for some who’ve unfortunately lived a violent life and survived to make a change: “We are our own worst enemies.”

Cliché as it maybe, I have found that saying to be very true. We indeed are our own worst enemies. It is critical that in our training, we do not become what it is we are trying to defend against. Self-defence truly begins with the self.

The Personal Protection for Personal Evolution philosophy is about holistically arming and strengthening one’s self, in turn strengthening our families and our communities while creating a more peaceful, communicative and nurturing environment for our children and future generations to thrive and prosper in.

This philosophy attacks the problem of violence and confrontation at the core root - understanding that in order to achieve peace, we must, as an old friend of mine said long ago: ‘out-birth’ violence.