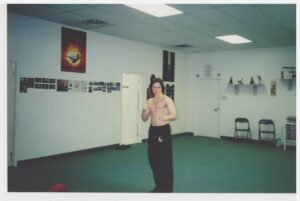 April 11th 1994, I opened Senshido International. It's been 21 years exactly this weekend and the journey has been nothing short of a pure mind blowing adrenaline ride.  It feels like I've lived 7 different lifetimes in those 21 years.

I was told I was never going to make it by most everyone. I was told I was too young to operate a martial arts school especially in the oversaturated city of Montreal at the time, there were a total of 9 different martial arts schools within an 8 block radius from where I opened, some of them with already international reputations. And I almost did fail, many, many times actually.  I came very close to closing shop on several occasions but that school just began having a life of its own and it attracted the best of people from all 4 corners of the globe.

It was a home away from home for many.  If you didn't belong anywhere, you definitely belonged with us.  It wasn't just a martial arts/self defense school; it was a laboratory, a home, a crash pad, a haven and above all, a clubhouse for misfits and characters of all sorts.  There truly were 'no rules' and not just in the training or martial delivery system either.  It was a place where folks could open up, fully express themselves without fear or concern, be themselves and for those who were lost, it was a place to rediscover one's self. There was absolutely nothing 'normal' or standardized by any means, the 500 MPH bullet train that was Senshido just kept on steaming through regardless of every adversity, every set back, it just grew and grew.

Time flies. 21 years later, I've managed to secure myself as one of the top in my field in the world. No small feat considering it's hard enough to make a living teaching martial arts and self defense as for the vast majority, these are side jobs, hobbies and extra income providers but for those of us who are making a living out of it, it is one tough fucking racket to be in, make a decent living in, let alone truly succeed at.

I've never personally measured my success via how much I made or owned, for me, it has always been about the people, the relationships, the betterment that such information I provide creates and in that respect, I have succeeded a million times over.   There's nothing like the reward of being told that you are directly responsible for both saving and inspiring countless people worldwide, to have changed and illuminated so many lives. Though I still cannot fully resonate with that because I can barely manage to get my own shit together 99.99999% of the time, the testimonials just keep on coming.

Of course, along with those come the flip side. Those that hate me for the work that I do.  Those that don't understand, that judge and for some reason, I happen to affect negatively without having even met the vast majority of them. I also receive my share of hate mail, threats, insults and the like but these are all but 2 sides of the same proverbial coin.

You can't please the whole world and frankly, I don't give a fuck.  I do what I do and let the chips fall where they may.  Love me or hate me, condone or condemn me, praise or defame me, I'M STILL HERE MOTHER FUCKERS, 21 years+ and I'm nowhere near done and when I am, when I leave this fucking earth, I will not just be leaving behind a practical self defense methodology but an entire fucking legacy to 'absorb what is useful, add what is specifically of your own and disregard the rest'.

Thank you to one and all who are, will be and have been there over the years, none of this would have happened without each and everyone of you.