My Journey Into The Self-Defense World 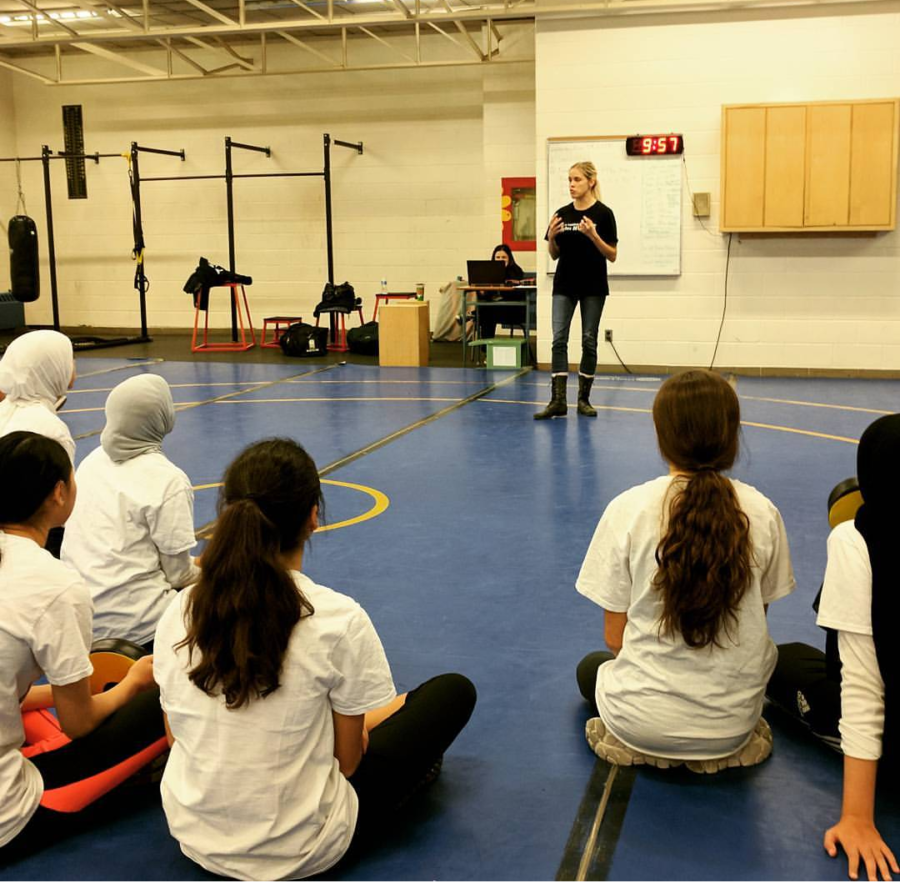 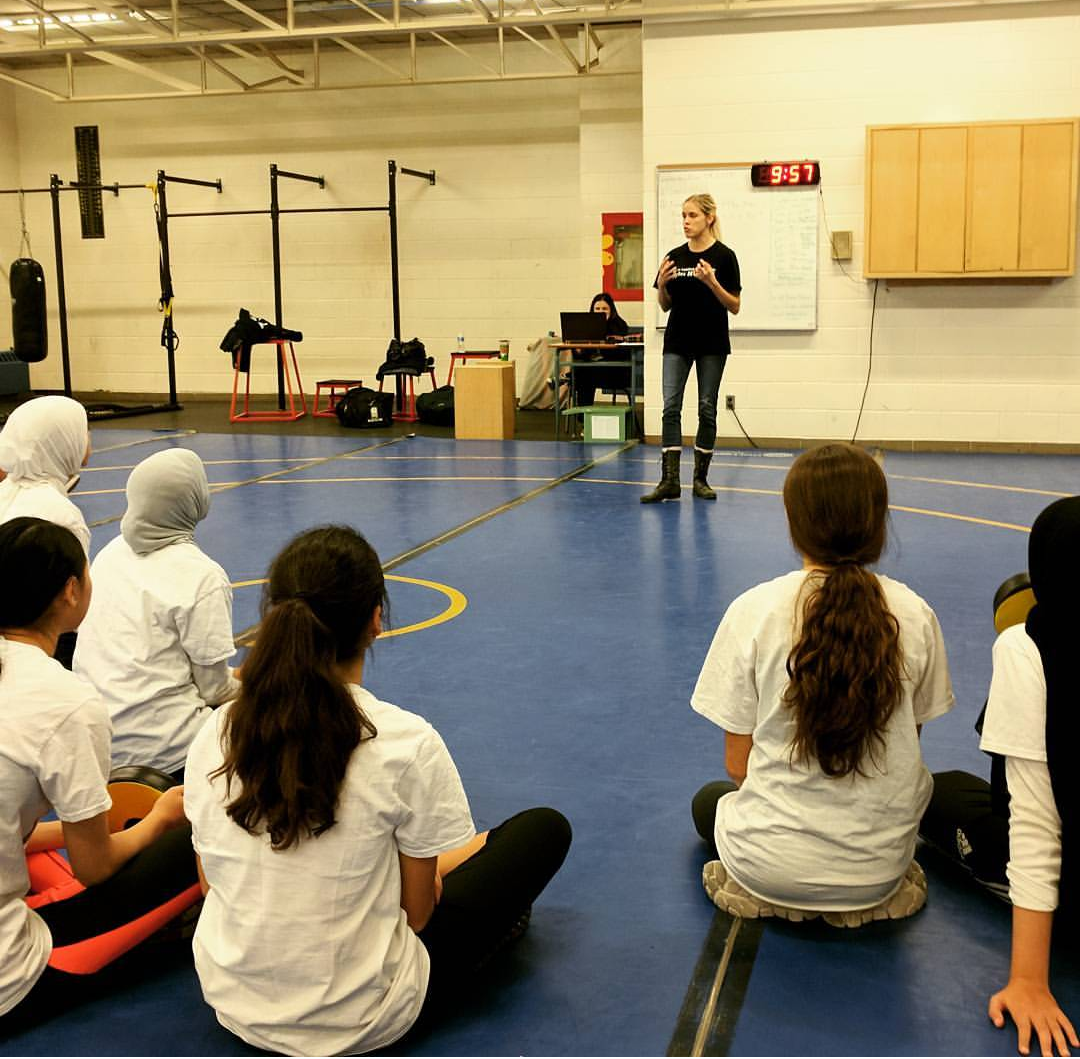 It’s difficult to describe the thoughts and emotions that run through you when checking your phone first thing in the morning only to discover a 3am text from a close friend confiding that she had just been raped. Add to that the fact you had an intuitive bad feeling about the date she was going on; and you find yourself searching for answers. What could she have done? What could her friends have done? How could this have been prevented? WTF?! So began my journey into The Self Defense World…

This certainly wasn’t the first time someone close to me had been victimized. My sister was molested at a young age by one of her best friend’s brother, I had friends that were in very physically abusive relationships, a friend’s mom was raped at knife point in their own home…I could go on and on with worse and worse but you get the point. The difference in this particular case was that I had a bad feeling about this guy, without having even met him. But I felt I was being paranoid so of course I just told her beforehand to be safe and to leave at any point if she’s uncomfortable or feels off. Sigh.

In the days following the assault, our conversations about it ranged from the hospital and police experience, to the events leading up to the assault, to the things he said to her during the assault and after his arrest etc.… but they all lead to the topic of self defense and prevention (the 2 I would later come to find are intertwined).

So I began my search into self defense. To say I was overwhelmed and confused is an understatement. Most, I was later to understand weren’t self defense at all though they were selling themselves as such. There were traditional martial arts, mixed martial arts and combatives; all claiming self defense in their marketing but very few if any actually focused on actual deterrence, they were all 90 to 100% physically oriented methods with every method being different than the other in terms of handling attacks while focusing on different aspects of fighting barely paying lip service to prevention, awareness, de-escalation and the like. And then there was that pesky intuitive bad feeling I had that was nagging at me about her date, like it was trying to tell me it somehow plays a role.

Frustrated and confused by all of it, I messaged a Facebook friend who I knew was into the whole martial arts and self defense scene. He immediately told me to be wary of what’s out there, that the large majority of it is not realistic to real world violence and has little to no psychology and human behaviour in relation to violence in their curriculums, not anywhere near the level they should.

Wow. That alone was eye opening and made sense considering the results of my lack of knowledge on the subject matter and recent personal research. He began telling me what to avoid and why. He then referred me to Richard Dimitri and Senshido, the system Rich founded in 1994. I befriended and contacted Rich on Facebook, as it turned out he was actually living 3 hours away from me at the time. Unfortunately, it would never work out that I could train with him while he was so close and a couple years later, he headed back east to Montreal.

And so my self defense interest slowly went to the back burner as life took over again. And boy did it take over. Over the next 3 years, my dad had a heart attack but survived, my husband at the time was diagnosed with cancer but kicked its ass, and my grandmother, sister, dog, and grandfather all died within a year of each other. And to top it off my marriage ended. I was reeling but found inspiration and strength in all of it. I took my yoga practice further by becoming a certified yoga teacher with a special focus on Trauma Sensitive Yoga. I wanted to help heal people suffering with PTSD which I felt was the root cause of addictions (the disease that took my sister) and other mental health issues. To quote Gaber Mate, “The question isn’t why the addiction? The question is why the pain?” I wanted to help others heal from their pain.

Then one day in October of 2016, I watched a self defense video on FB posted by a BJJ instructor. Marketed toward women, it demonstrated what appeared to be a very impressive choke hold using the attackers own shirt in the event of being on the ground in an attack. To the inexperienced, uneducated eye like mine at the time and probably countless others, it appeared to be simple and effective so I shared it.

“Bing” goes my inbox! Richard Dimitiri has sent me a private message to warn me of the info in this video being promoted as self defense. He explained briefly why which was perfectly logical, and sent me a drop box link to his rape prevention video free of charge. To say the least, I was impressed. Immediately he speaks of our psychological tools being the most important tool in a self defense arsenal and situation. Not “hit hard, hit first and ask questions later”. Not even close. “I could listen to this man talk for hours” I think to myself while watching this video. Talk about foreshadowing.

Fast forward 4 months and Rich and I are now talking on a regular basis and falling for each other. I come out to Montreal and learn more about him and self defense. I travel with him to Germany and France where he is teaching seminars. What I learn is enlightening and I realized there and then, just how deeply self defense is connected to my goals and my passion of helping people heal. But on a whole other level because not only does self defense have the ability to empower people, including victims, it also prevents victimization and trauma. Not only can I help heal those with trauma, but I can help prevent it too?! SOLD.

Come July of 2017 and I am certified with SAFE International (and rocking a broken hand as a souvenir lol) and  I now work full time for SAFE as well as working on my Senshido certification, and living in Montreal. Since working for SAFE, I have had over 9 girls come forward with claims of abuse or assaults and we’ve been able to get them the help and the justice they deserve. Don’t even ask me to describe what that feels like because there are no words.

Self Defense is NOT even close to what I thought it was or what most with no clue how to tell the difference between self defense, martial arts and fighting are. I mean, you can’t blame the general population, including those involved in martial arts for believing they are the same thing. We’ve all been told for so long from movies and sports that self defense is all about techniques and moves. But it’s not; not at all. Moves are incidental. Rapists, muggers, pedophiles and murderers don’t attack people with martial arts, techniques or moves. There is nothing technical about rape, assault or murder.

The things you are defending yourself against in those anti-social type of violent situations (yes, there are types of violence and they’re very different from each other. Again, who knew?!), are things like rage, jealousy, racism, insecurity, fear, drug use, mental illness etc. These are powerful emotions, including the intent to take the life from another human being. Moves? Choreography? Sport? No. Survival. Reality. Fight, flight or freeze response. Adrenaline. Awareness. Intuition. INTUITION! The very thing that was warning me of my friend’s date when she was raped! As it turns out its VERY important and a big part of the preventative side of self defense. There is SO much important information in what I have learned from Rich that is missing from traditional, mixed martial arts and combatives.

Self Defense has no style and is not systematic. It is not culture specific nor is it “ownable”. It is HUMAN and it is predicated on powerful human emotions, behaviour, mental illness, abuse, addictions, substance abuse, psychopathy etc. Rich has made this connection unlike anyone I and from my understanding, the vast majority who has trained with him, anyone in the self defense world has. He has spent decades learning, researching, testing and evolving this information with real people from all walks of life, cultures, ages, gender, beliefs etc.  He has opened thousands of minds to see this important difference.  A difference that can literally be a matter of life and death for many. 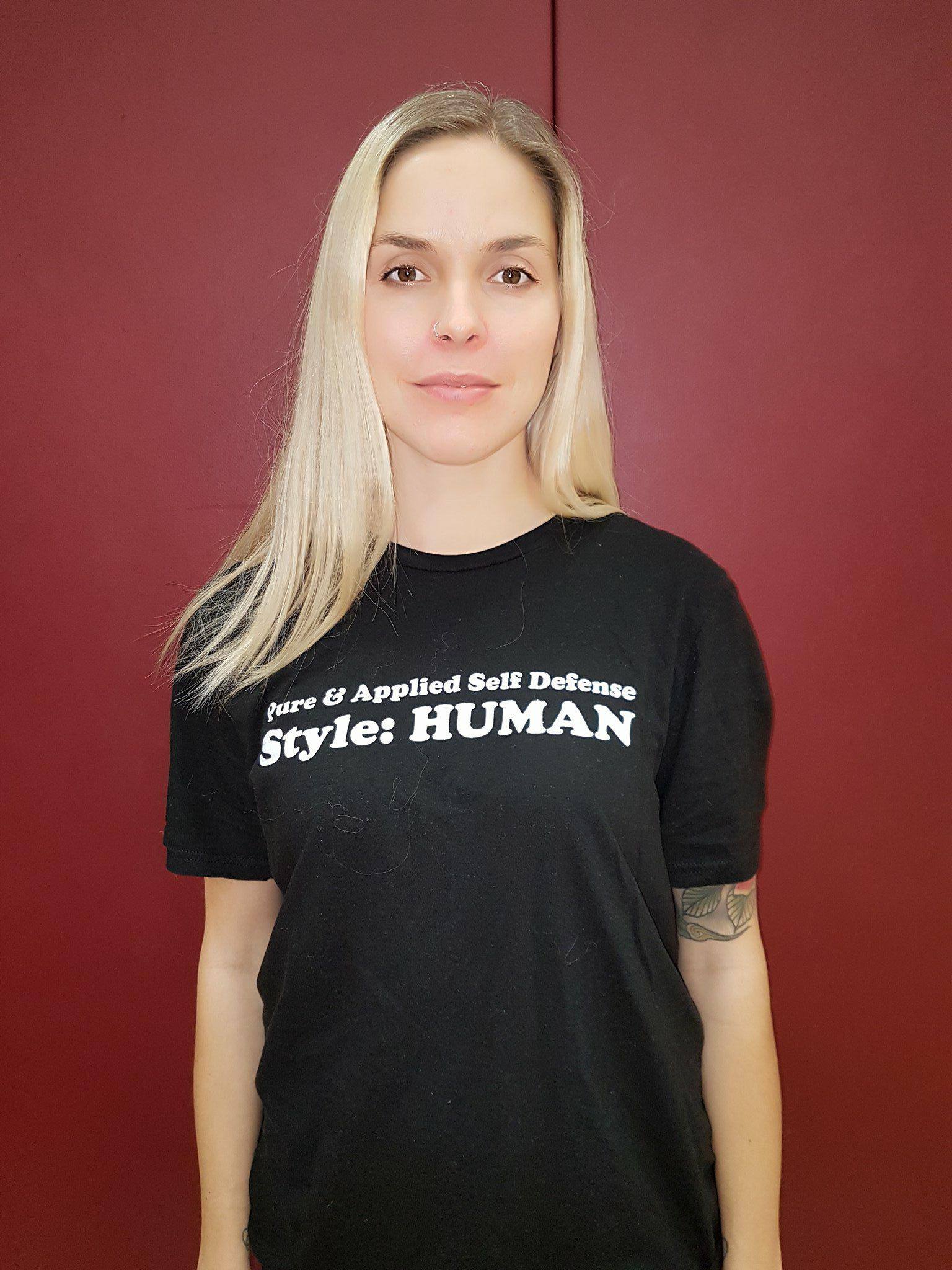 As someone who can attest first hand that I, like most, thought self defense was all about training to be a bad ass, a ninja or Wonder Woman, Buffy or Nikita! However, I have had my eyes opened, my mind enlightened and my self-confidence and security soar since being educated on what self defense really is. I can’t stress enough how important this information is and would urge, borderline BEG, everyone to learn what Rich, Senshido and Safe International teaches. I would urge every woman on earth to learn this information considering the following statistics:  In North America, 1 in 3-4 women will be a victim of sexual assault and/or rape at some point in their life, whether as a child, teenager or adult woman. Men and boys are no stranger to violence either. 1 in 6 will be a victim of sexual assault and we all know how often men get into fights with other men that can lead to tragedy.

For a moment, think of how many women and girls as well as men and boys you have in your life that you love and care about and apply that statistic to them. Apathy and denial are 2 traits every victim has. Apathy being “this will never happen to me. I live in a nice neighbourhood, I have good relationships etc.” Denial being “I can’t believe this happened to me” when it does happen. Police stations, sexual assault centers, prisons, morgues and cemeteries are full of people who had apathy and denial. We have smoke alarms in case our house catches fire, we have car insurance in case of an accident or theft, and we have life insurance in the event of death. Self defense is no different than these safety measures. We don’t constantly worry our house will catch fire or that our car will be stolen. But we know if it happens, we are prepared. It is better to know this information and not ever need to use it than it is to need it and not know it at all. Make sense? Good! Now, as Rich would say “DO SOME SHIT!”

** Side note: The yearly economical cost of sexual violence is $4.8 billion, compared to gun violence at $3.1 billion. This is from Department of Justice Canada, 2009.

Previous PostThe Man, The Legend: Interview with Richard D...
Next PostINT. # 6 Inside the Heart of Debi Steven